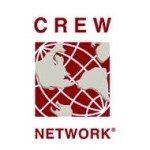 Posted at 22:15h in Agency News by Brower Group

Shift your mindset
“Many women are not at ease when it comes to talking about their accomplishments,” says Jenn Quader, managing director for public relations and marketing firm Brower Miller + Cole and director of PR, marketing and communications for CREW Orange County. “Most women are confident when it comes to closing a deal and doing their work – and they need to extend that to promoting themselves.”

“Most women are confident when it comes to closing a deal and doing their work – and they need to extend that to promoting themselves.”

She recommends reading up on what’s called “impostor syndrome,” a psychological phenomenon in which people are unable to internalize their accomplishments. Despite external evidence of competence, people with impostor syndrome believe they are frauds and are way of the success they’ve achieved. Instead, they chalk it up to luck, timing or deceiving others. Up to 70% of people have felt this, Quader says, mostly high achievers – and it’s especially prevalent among women.

The other problem is the industry’s attitude, give there are much fewer women in commercial real estate. “The industry needs to up its game and understand that diversity drives innovation,” she says. “There are many real estate companies that need to get into that mindset.”

Quader recalls a situation that happened to one of her clients. This female executive does particularly well promoting herself, acting as company spokesperson and speaking at industry events. However, as she was getting ready to speak at one event, the male moderator told her ,”I’ll throw you a few slow balls.”

Her client turned around and coolly replied, “I can hit a curve ball with the rest of them.”

And that’s what we have to find within ourselves, Quader says. “We have to convince ourselves that we don’t need slow pitches.” 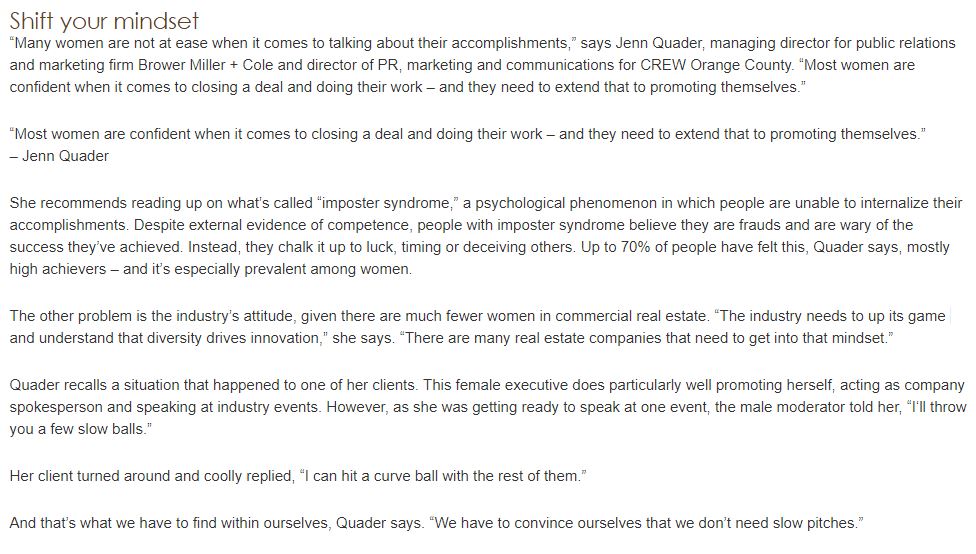