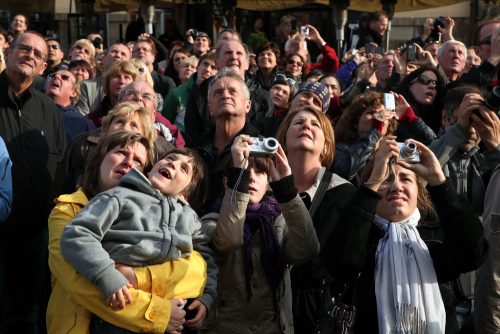 Posted at 18:51h in Agency Blog by Judy Brower Fancher

When one of your patients decides to create a video and share it with the world, you may be hoping that they’re filming your community health fair.

But what if, instead, they decide to film an in-patient visit by their doctor, or a minor procedure such as a suture removal?

Is it okay if their son is getting his cast removed from his pitching arm and they’re just excited about it?

Are they protected by First Amendment rights?

Are they justified in filming patient care, just as people film police incidents?

Looking to the police departments across the country, we all really know that there is no controlling people from filming or distributing video of anything they see.

In response, the police are filming everything themselves in order to have proof of what happened from their point of view.

Perhaps an attorney may have an idea of some wording that would be helpful on check-in documents, but that would only come into play once the video has been released.

While you can add something to your patient check-in forms that says they are not allowed to film, it is very, very hard for me to believe that a jury will find in favor of the provider.

A solution could lie in blocking electronic capabilities, or physically removing people’s phones from their hands – and exactly how will that play with your valued patients and the public?

Can parents and friends film someone giving birth?  People have been doing that for years, and now technology allows it to be a live feed from your hospital.

What in the world would you tell a parent who wants to film their child in the hospital?  That it’s against the rules?

And how will you explain why they can’t do it?  Do you have something to hide? Are you uncertain if the care in your hospital is correct?

While this blog has more questions than answers, it’s certainly a topic that requires discussion and decisions sooner than later.

If you’re a marketing or public relations director at a hospital or an outpatient clinic or any provider office, it’s time to make your voice heard with the administration, physicians and owners.