The Gift that Keeps On Giving 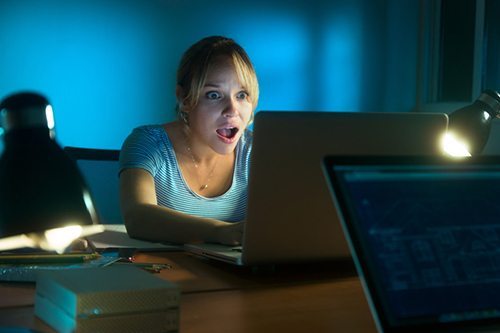 12 Jul The Gift that Keeps On Giving

Posted at 20:15h in Agency Blog by Brower Group

If we make a mistake writing a document, we erase it. Say something stupid around friends? They forget about it. But when posting on social media, we have to assume our words (or content) will never be forgotten, even if it’s deleted minutes later.

Paula Deen recently Tweeted and posted a picture on Facebook of her and her son posing as characters from “I Love Lucy,” with her son Bobby dressed up as Desi Arnaz in brownface.

Some celebrities could probably get away with something like this with a simple apology, but Paula Deen has been accused of being racist and lost her TV show because of it. Her social media team deleted the Tweet and Facebook post and issued an apology, but the masses on social media had already jumped on the story.

A social media controversy could happen to anyone, so here are some quick tips to keep yourself out of trouble on social media:

Everyone make mistakes, but one way to decrease the probability of blunders is to have someone check your work. If Paula Deen’s social media manager had run that picture by anyone, I’m sure they would have re-thought posting it to social media.

Remember that nothing ever disappears from the internet. People take screenshots, save images, and potentially share images with thousands of friends. Make this your mantra before you post anything: “Could this come back to haunt me later?”

When you’re wrong, you’re wrong. And people know it. There’s no reason to skirt around the facts or deflect blame. Just own up to it. In the case above, Paula Deen blamed her social media manager, which makes it even worse. Clearly she is posed in the photo, which shows her terrible judgement. Secondly, blaming someone else always makes you look even worse. Ms. Deen could have just apologized for the picture. It’s no one else’s fault that she participated in it.

Give these strategies a shot, and hopefully they will help your brand when engaging people on social media. Want more tips on how to hone a social strategy for your firm?  Give us a call at (949) 955-7940.