Why Your Business Should Care About Taylor Swift 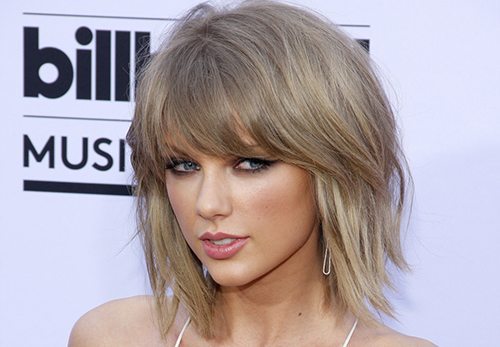 12 Jul Why Your Business Should Care About Taylor Swift

Posted at 20:58h in Agency Blog by Brower Group

The term “publicity stunt” is being tossed around quite a bit these days, especially in reference to the often crazy things we see celebrities doing. While many “stunts” are completed just for the sake of exposure, there are also plenty of companies who use these stunts to cleverly market their business or product.

Recently making news was the debacle between Taylor Swift and Apple Music. As we all saw, Taylor Swift’s recent, very public letter, “To Apple, Love Taylor,” got some serious attention, not only from the tabloids, but from multi-billion dollar giant Apple as well. The country-turned-pop sensation called Apple out on the fact that its new music steaming service, Apple Music, would not be paying artists during the company’s free trial period. She of course saw this as an injustice for the thousands of indie artists who actually need a paycheck.

Swift’s now famous quote from the letter, “We don’t ask you for free iPhones. Please don’t ask us to provide you with our music for no compensation,” apparently struck a chord with the i-everything company, which later announced that it had a change of heart and has decided to pay the artists after all.

While on the surface, this appears to be a fantastic PR move by Apple to restore its reputation with the music and consumer community, it also makes us (and thousands others) wonder – Was this genuine or just a phenomenal publicity stunt?

There is no doubt that Taylor’s letter and the company’s response put Apple Music on the map, and conveniently, right before its June 30th debut.

Of course, fueling many people’s suspicions is the fact that Taylor, traditionally a streaming-service hater, has now decided to allow Apple Music to stream her music.

The fact is, we may never know if this was a calculated publicity stunt or not. But regardless, this well-timed and well-covered event does remind us of the sheer effectiveness of stunts.

Now – we have to add this disclaimer – our company would not encourage our clients to perform a stunt that involved dishonesty to the public.  (Honesty really is the best policy.)  That said, this musical hullabaloo does remind us that all marketers should get creative if we want to get noticed.

This is especially true for consumer-facing companies.  The general public will always respond better to breakthrough marketing than to the status quo.  People like exciting, they like interesting, and so does the media!

Stunts such as going for a world record, offering free burgers to people with the last name “Burger,” or holding a surprise concert inside a store for unsuspecting guests will gain positive attention, and make customers love you.

The bottom line is this:  Whatever you do, keep it positive and keep it different.

We especially like these examples from Inc. regarding companies who successfully used publicity stunts to get noticed.

So, what does this mean for marketers?

While you may not have access to Taylor Swift (who does?), you can use this type of news to fuel your creativity and ultimately elevate your business.