As Millennials Age, Are They Becoming Their Parents? 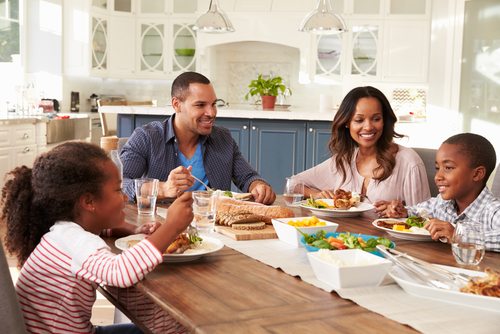 27 Oct As Millennials Age, Are They Becoming Their Parents?

Posted at 18:58h in Agency Blog by Judy Brower Fancher

Have you noticed something funny that’s happened to Millennials as they are aging?

They are becoming their parents.

For example, “All Millennials want to work in open space concept offices” if they have to work in an office at all.
Really?  The fact?
It now turns out that Apple workers don’t want to move into the new Apple headquarters because it’s an open space design.
And I’ve yet to hear a young executive turn down a private office and insist on sitting in the middle of the floor instead.

It seems that some of the things that “all Millennials like” are no longer popular with Millennials.

Here’s another example: “All Millennials want to live downtown.”

Really? The fact?
Suburbs and suburban offices are again gaining favor as Millennials, now that they are becoming parents themselves, are leaving the density and worries of urban living.  You can see them all over HGTV trying to find huge kitchens and huge master suites and of course, huge yards.  That’s simply not offered in urban environments.

And while “All Millennials love industrial loft-style living” the fact is that first, they want that style with stainless steel appliances and granite countertops, and secondly, they don’t appear to want it at all if they’re wealthy.
The 27 year old founder of Snapchat, Evan Spiegel, actually lives in a 7,100-square-foot home in the Brentwood area of Los Angeles.  And he does not live downtown.

And how about “Millennials would rather not have a car and just take a bus or walk everywhere.”
The fact? Millennials are buying more cars than the Gen Xers did!
It’s no huge surprise that as they are aging, Millennials are experiencing changing tastes.

While common thought seems to be that “Millennials all want organic food”
The fact is that organic foods were actually popularized by the Boomers when they were hippies in the 1960s and 1970s — and grew their own food, rather than shopping at Whole Foods.
Millennials, it turns out, are not willing or necessarily able to pay the high prices often now associated with organic food, and frankly tend to be more interested in the largest donuts they can find.

Is it surprising that Millennials are changing in their tastes as they age? Not at all.
Might they be surprised to remember that their now conservative fathers grew up with hair down below their shoulders, smoking pot without a medical prescription, and spending time at political demonstrations?

Just as the Boomers have changed with age, the downtown loft-loving, organic-eating, car-hating Millennials have come and gone.

As Millennials are turning 35, making more money, marrying and having children, they are becoming much more like their parents.

Why does this matter?

There is no point in building new apartments for tenants that aren’t interested in a downtown loft.  While housing is always needed near jobs, it should likely be modeled for a renter who wants to find less expensive housing.
The same concept goes for creative office development. Do you want to make offices with large windows and natural materials inside and out?  Absolutely.  But to think that they should no longer contain private offices is simply not the most popular design for the future.
Will the people who are leasing retail centers realize that giant donut tenants are more popular now than expensive organic grocers?  And will they think to put in more changing tables in the men’s restrooms than ping pong tables in the common area?
For marketers like us, the future is the target. And as Millennials change in taste, and grow in their spending power, we are keeping our eye on the next five years, not the last ten.