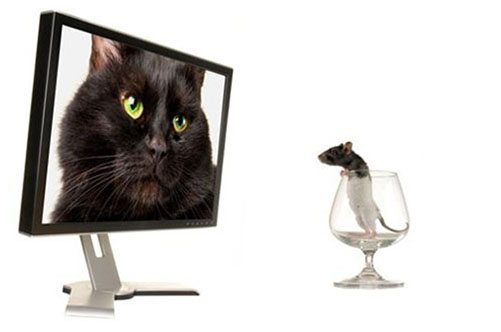 Posted at 23:51h in Agency Blog by Brower Group You read it here first: Actors may soon begin using key SEO words in their scripts.

When the powers that be are finally able to combine “television shows” with the internet, which is likely very, very soon, ratings systems will change.

There won’t be viewers anymore, there will be users, clicks, subscribers, and click-through rates.

In fact, Netflix just announced its first show “House of Cards,” which it produced, and will distribute only online through Netflix.

With that in mind, the ratings systems used by advertisers will be based on marketing terminology and analytics currently associated more with online advertising than with television shows.

As soon as a majority of current entertainment content is shared somewhat widely via the internet, the whole game changes.

Certainly, there will still be attraction via content, but when the Hilarious Cat Tricks Channel – videos of cute cats running into walls – becomes available on the same screen as the daily news, competition for clicks will likely change both the content, and the fight for SEO results.

Already, at least once or twice a year, the television news includes a dog riding a skateboard. So when it comes down to truly measurable analytics found in online content measurement, I’d be guessing that every day at 6:15, the news will start running an animal performing cute tricks segment.

The gun control law debate will be up against the same time slot as Last Chance Kitchen.

This all may sound far-fetched right now, but in 12 months, when you log onto your favorite Hilarious Cat Tricks Channel on your big screen tv, you may suddenly realize that you do keep hearing a voice say, “what a cute kitty” every 27 seconds.

If you’re an entrepreneur, marketer, or advertiser, does this give you a Freshly Minted Business Idea?